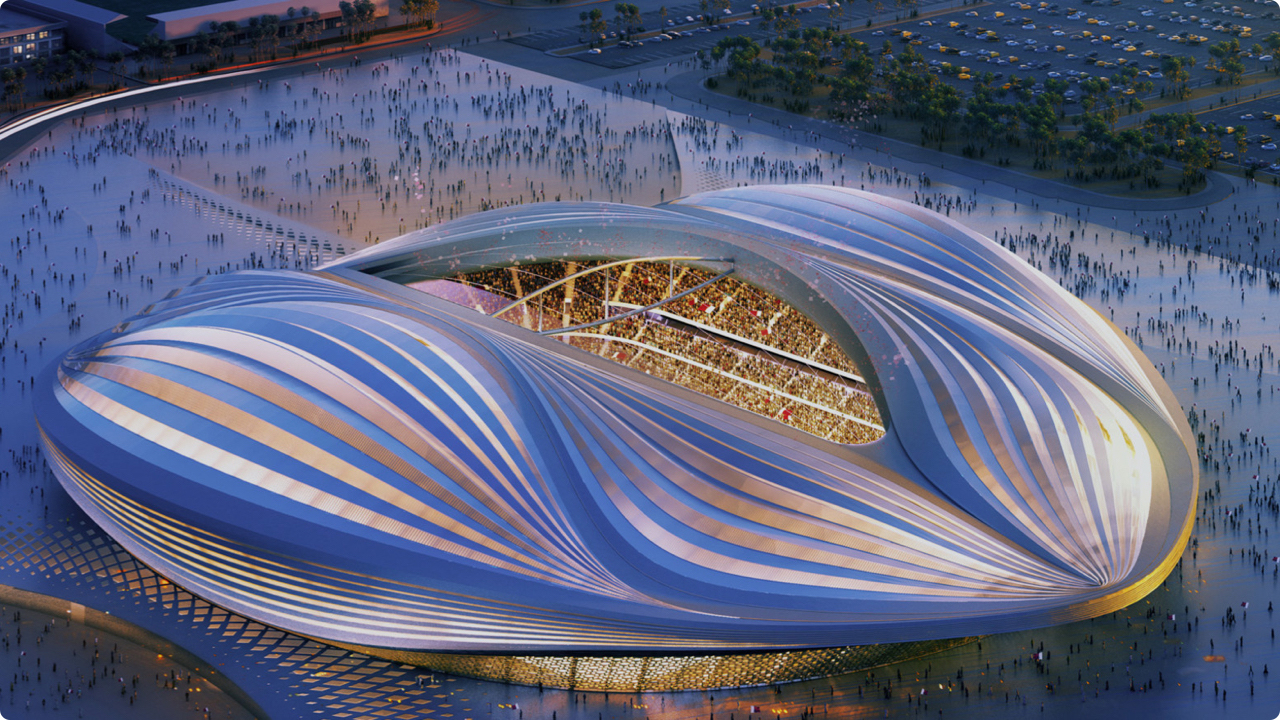 One of the eight arenas of the football World Cup in Qatar, Al Janoub, is in Al-Wakrah, 5km from the capital. The stadium has a sliding roof that protects the spectators from the heat. The arena has modern equipment and an original appearance. Al Janoub Stadium in Al-Wakrah will host six group meetings and one final game.

The architect of the stadium was Zaha Hadid. Together with AECOM, he created a unique facility that combines the requirements of international sports federations and the country's history. The roof of the Al Janoub Stadium in Qatar has similar features to the “dhow” boats used by local divers in pearl searching. They sailed on “dhow” boats all over the Persian Gulf on the shore of which stands the city of Al-Wakrah.

The stadium was opened in the spring of 2019. At the matches of the World Cup in Qatar, the Al Janoub Stadium will accommodate 40,000 spectators. After the end of the tournament, the number of seats will be halved - 20,000. The chairs will be transferred for use at sports facilities in other countries. On the Al Janoub Stadium map, four two-tiered sectors of the stands are distinguished, protected by a roof. Fans of world football, the press, and the staff of the arena will be accommodated with maximum comfort.

Today, Al Janoub Stadium hosts the games of major Asian and Arab tournaments – the 2020 AFC Champions League Final and FIFA Arab Cup 2021. In the future, among the events at the Al Janoub Stadium will be meetings of the Qatar Stars League and other major competitions. The sports complex includes several multifunctional spaces, with swimming pools, spa centers, and shopping centers. After the completion of the 2022 World Cup, other infrastructure will appear near the Al Janoub Stadium: running and cycling tracks, gyms, wedding halls, markets, restaurants, etc.

Where is the Al Janoub Stadium located? Address of the arena: 5H5F+XM4, Al-Wakrah. The city is located on the shores of the Persian Gulf in the southern part of Qatar, not far from the capital of the country – Doha.

Where to book tickets to Al Janoub Stadium?

To attend the games of the Football World Cup 2022 in Al-Wakrah, order tickets on our website. It will take only a couple of minutes to complete the registration. You need to choose seats in the stands and specify the payment method – by card online or in cash.

Don't miss the opportunity to see the matches at the Al Janoub Stadium. Cheer for your favorite teams in group fights and 1/8 finals. Support the players personally, in the company of friends and other fans of big sports. You can buy tickets to the Al Janoub Arena online on our website.