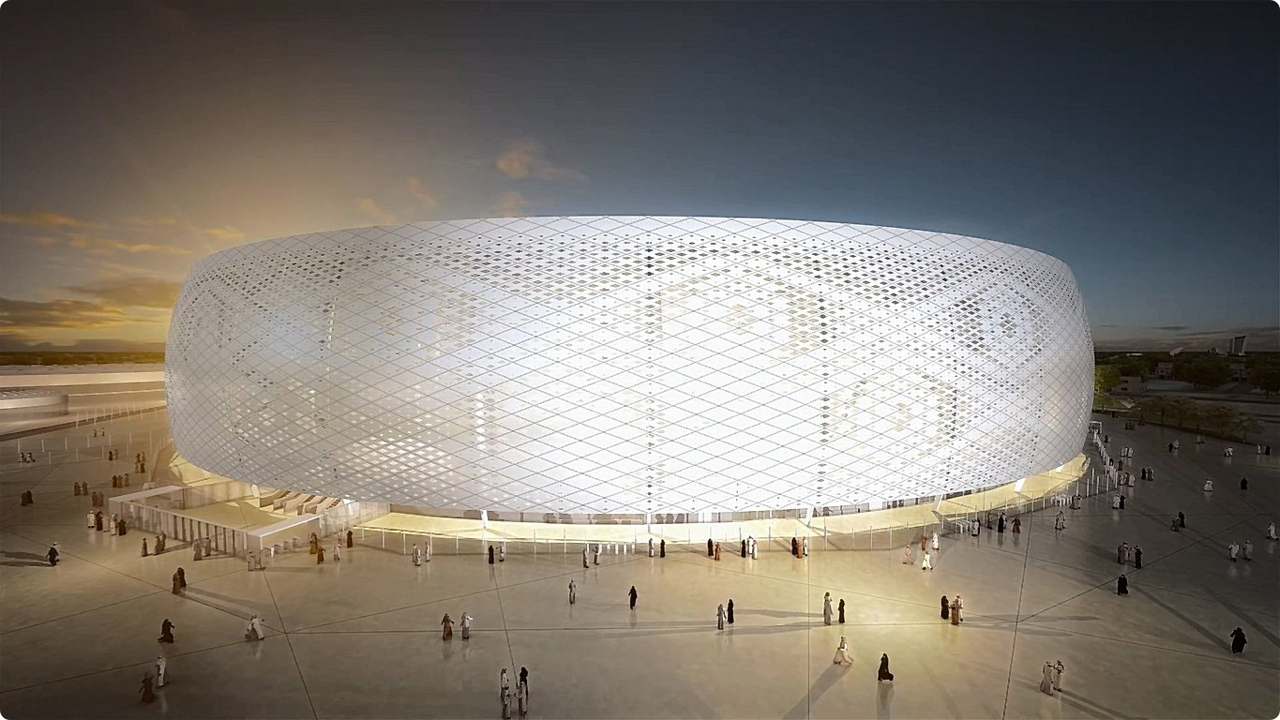 One of the arenas of the football World Cup 2022 is in the capital of Qatar – Doha. Al Thumama will host the group stage and playoff meetings up to the quarterfinals. The opening of the stadium took place in the fall of 2021. Al Thumama Stadium can accommodate 40,000 spectators during the battles of the World Championship.

Qatari architect Ibrahim Jaida, head of the Arab Engineering Bureau, created the project of the Al Thumama football stadium. With his assistants, he managed to develop a large, beautiful object. The design of Al Thumama Stadium, located near Hamad International Airport, is inspired by Gahfiya. It's a traditional headdress of the local male population. Thus, the architect emphasized the history and symbols both of the country and of the capital region itself.

Like other arenas of the 2022 World Cup, Al Thumama has modern equipment and a unique design. The large capacity of the stadium will allow thousands of fans to see their national teams live. There are several spectator zones on the Al Thumama Stadium seating plan. It will be interesting to watch the battle on the field from anywhere, but there are places with the best view.

Where is Al Thumama Stadium located? The address of the arena: Al Thumama Bus Stop 7, الدوحة،، Qatar. The stadium is in the southern part of the capital – Doha, near the airport. You can get to it by car or by public transport.

Matches of a major tournament have already been held at the Al Thumama Stadium in Doha. These were the FIFA Arab Cup 2021 meetings, including the semifinals, where the national teams of Qatar and Algeria fought. After the 2022 World Cup, the arena will be used for other competitions, including National Football League games. We should also expect the development of the nearest infrastructure for the local population.

How to buy tickets to Al Thumama Stadium?

Order tickets on our website to attend the 2022 World Cup Games in Qatar. Take a couple of minutes to choose seats in the stands and a payment method. You can order with delivery, a cash payment, or pay with an online card.

Visit beautiful Qatar. The Al Thumama Stadium in Doha is one of the most beautiful sports facilities where the games of the upcoming World Cup will take place. Cheer for your favorite national teams and support the players personally. You can find out the schedule of matches at Al Thumama Stadium and order tickets online on our website.