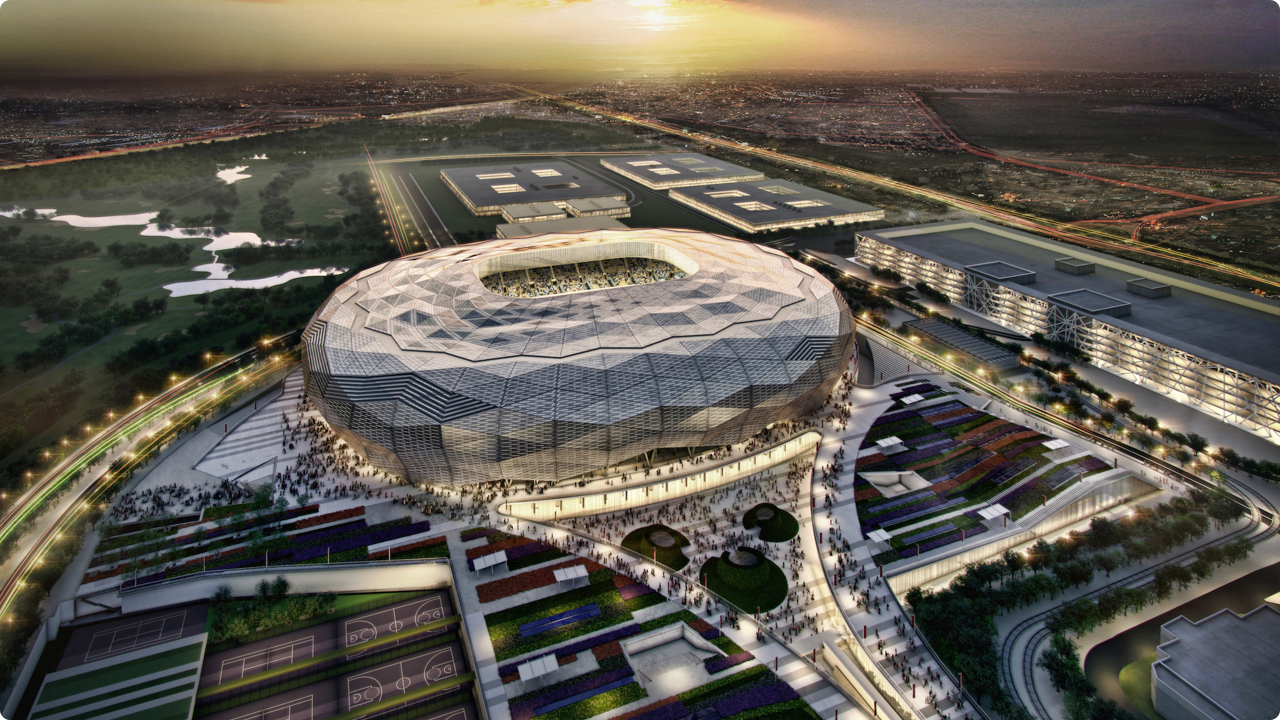 Not far from the capital of Qatar, there's one of the brightest arenas of the upcoming World Cup – Education City Stadium in Ar-Rayyan. The peculiarity of the arena is that, depending on the sun's position, the lighting changes in it. A large object in the middle of the university campus looks original and beautiful. Education City Stadium will host beautiful group and playoff meetings.

The facade of the University City is made of large triangular panels. The whole object resembles a diamond. A large green area has been created around, and inside there is a modern cooling system that creates comfortable conditions for guests. The games of the 2022 World Cup at the Education City Stadium in Qatar will be attended by 40,000 spectators. This number was originally included in the project so that everyone could attend the performance of their national teams. After the end of the tournament, the capacity of Education City Stadium will be reduced by almost half - to 25,000 - and the seats will be transferred to other countries for use at sports facilities. Meetings of university teams will be held at the arena.

The stadium project for the 2022 World Cup was created by the Spanish architectural firm Fenwick Iribarren Architects. The facility was being built in the middle of the Education campus. Leading universities and research centers are located around. Education City Stadium seating plan looks standard – several sectors with stands of different categories. Everyone will have a good view of the field, but there are places with the best view, including VIP boxes.

How to get to Education City Stadium? Stadium address: 8C6F+8Q7, Ar-Rayyan, Qatar. The arena is located almost in the center of the city. You can get to it by car or by public transport.

How to book tickets to Education City Stadium?

To see matches with your favorite football players, place an order on our website. It is required to select an empty seat on the podium and specify the payment method – cash, with courier delivery or by card, with online payment, and receipt of tickets by e-mail.

Witness the bright events at the Education City Stadium in Ar-Rayyan. The matches of the 2022 World Cup will give bright sports emotions that you can share with family and friends. Cheer for your national team and enjoy a great football holiday. You can order the tickets for Education City Stadium on our website online.