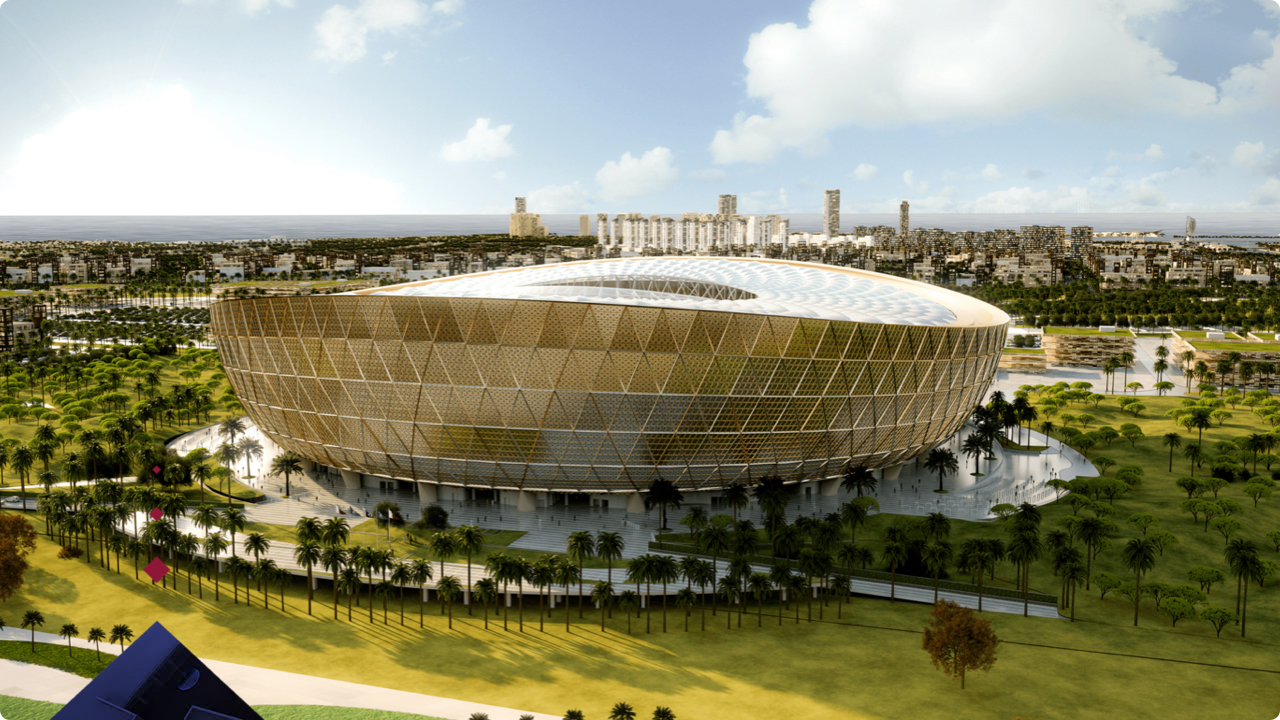 Lusail is the stadium in Qatar that will host the 2022 FIFA World Cup. It's a new stadium being built in the city of the same name, 20 kilometers from the capital of Qatar. There'll be a metro line laid from Doha, which will take you to the stadium in just 40 minutes. The World Football Tournament will be from November 21 to December 18, 2022. The championship final will be on December 18 at Lusail Iconic. In 2022, Lusail Stadium in Qatar will become one of the main sports platforms in the world.

The construction of the arena was proposed in 2010. In 2014, preparatory work began. The British architectural company Foster+Partners developed this project. The official handover of the stadium took place on November 22, 2021, but the opening will be during the first match. The Lusail Stadium's capacity is 80,000 people. After the championship, they'll dismantle part of the stadium, reducing the capacity to 20,000 people. The disassembled structure will be donated to sports arenas in different countries. A school, a hospital, a shopping complex, and other facilities will be on the arena's territory.

Lusail is a city built specifically for the World Championship, 20 km from Doha, the Lusail Stadium will become its center. Ten World Cup matches will be held here, including the semifinal and final games. After the tournament, there will be a modern city with a developed infrastructure, in which about 45 thousand people will live.

The 2022 World Cup at Lusail will be the brightest event for residents. The Qatari authorities have prepared thoroughly for the grand event, creating a super-modern city in the middle of the desert. Lusail Stadium is in the very center of this oasis created by human hands.

How to buy tickets to the Lusail Stadium?

You can place an order on our website. To do this, choose an event and seat in the stands. In the order form, fill in your name, phone number, and email address. After payment, you'll receive e-tickets and a receipt to the specified e-mail. You do not need to print them out, just show the tickets from the phone screen at the entrance to the Lusail Stadium in Qatar.

Every football fan dreams of attending the World Championship. Don't miss the opportunity to witness the most exciting matches, have time to book FIFA 2020 tickets at the Lusail stadium on our website!