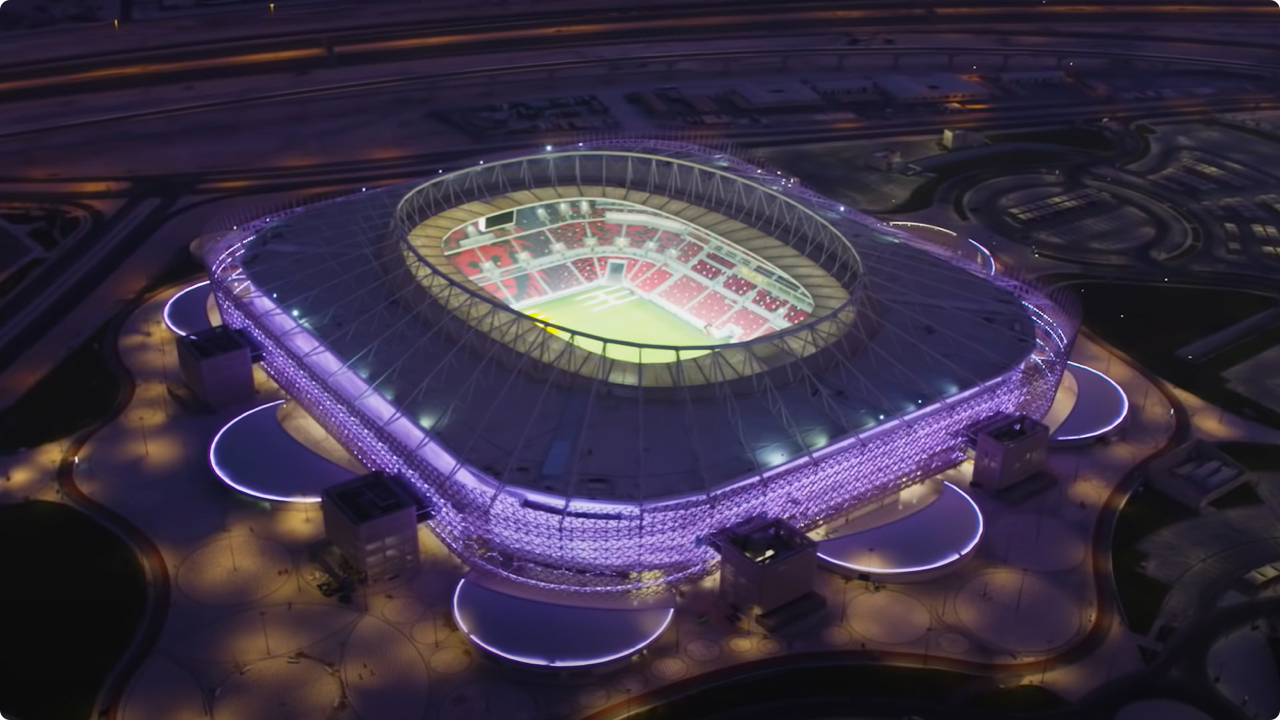 The Ahmed bin Ali Stadium is located in the city of Al Rayyan, near the capital of Qatar. This year, it'll host the matches of the FIFA World Cup group. Such a tournament will be held here for the first time, and the organizers have tried very hard to host the World Championship games properly. The Ahmed bin Ali Stadium in Qatar is thoroughly prepared for the tournament, ready for the arrival of fans from all over the world. Football fans will not only be able to enjoy spectacular matches but also plunge into the hospitable world of Arab culture, filled with beauty and luxury.

Located near the city of Doha, the Ahmed bin Ali Stadium has all the advantages of the capital's arena. At the same time, its guests have the opportunity to see a piece of the true nature of the East – a harsh and beautiful desert, on the edge of which stands the city of Al Rayyan.

The stadium was built in 2003 but underwent a complete reconstruction in 2015. The object was destroyed and then rebuilt to increase the visual space. Now the capacity of the Ahmed bin Ali Stadium is about 45,000 people. The arena has become a symbol of Qatari culture. Its facade has an undulating shape, and the objects around the stadium resemble dunes. They used eco-friendly materials and innovative methods in the construction of the sports ground. Thanks to this, the Ahmed bin Ali Stadium in Al Rayyan does not harm the environment. After the World Cup, like most stadiums in the country, they will dismantle it partially. And the elements that make up the arena's construction will be sent to support sports projects in other countries. They'll reduce the number of seats at the Ahmed bin Ali Stadium, which will save natural resources for its maintenance.

The nearest metro from Ahmed bin Ali is Al–Rayyan Al-Kadim. You can also get to the stadium by taxi or private car. This amazing place is worth a visit both for football fans at the world tournament and for tourists interested in the culture and history of Qatar.

How to buy tickets to the Ahmed bin Ali Stadium?

You can buy tickets for any match on our website. The purchase will not take you more than two minutes. Select the game you want to attend and the available seats on the Ahmed bin Ali Stadium's seating map. Fill out a simple application, specify an e-mail address, and make a payment using a bank card. You'll receive the paid tickets in your e-mail. There is no need to print them out. It is enough to show them on the phone screen at the entrance to the stadium.

Hurry up to book tickets to the Ahmed bin Ali Stadium for FIFA 2022 matches on our website! You will get an indescribable pleasure from watching the games of the best football players in the world right from the stands!